Swami Vivekananda is the chief among the monastic disciples of Sri Ramakrishna. He is one of the most dynamic spiritual personalities of the modern age, bringing ancient spirituality into the modern secular world and inspiring Easterner and Westerner with the powerful, timeless philosophy of ancient India.

When Swami Vivekananda, whose name was formerly Naren, was a young skeptical college student studying Western philosophy, he began asking Hindu spiritual teachers if they had seen God directly, because he wanted proof. They all dodged the question until he met Sri Ramakrishna and asked him, "Sir, have you seen God?" Sri Ramakrishna replied, "Yes, I have seen God. I have seen Him more tangibly than I see you. I have talked to Him more intimately than I am talking to you. But, my child, who wants to see God? People shed jugs of tears for money, wife, and children. But if they would weep for God for only one day they would surely see Him." 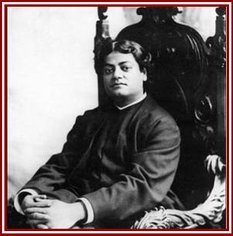 Sri Ramakrishna was the only one who claimed first hand God experience, and was able to grant this vision to others. Through the miraculous touch of Sri Ramakrishna, the skeptical young man was transformed into one of the most powerful proponents of spirituality in the modern age. Sri Ramakrishna imparted his dynamic spiritual experiences to Swami Vivekananda, who then introduced Hindu spirituality to the West. He participated in the Parliament of World Religions in Chicago in 1893, and established the Ramakrishna Mission to spread the message of his Master. After Buddha and Shankara, Swami Vivekananda is considered to be the greatest spiritual leader of India, reinvoking the ancient spirituality of India to revive and invigorate his nation. By introducing Vedanta to the West, Swami Vivekananda enabled his own nation to realise the depth of the teachings of its ancient prophets which lay dormant and forgotten. He elevated every individual to the status of divinity and pronounced heartfelt ‘service to mankind’ as the most effective form of worship.

“Each soul is potentially divine. The goal is to manifest this divinity within, by controlling nature, external and internal. Do this either by work, or worship or psychic control, or philosophy by one or more, or all of these, and be free. This is the whole of religion. Doctrines or dogmas, rituals, books, temples or forms, are but secondary details.”

Sri Ramakrishna was one of the most potent spiritual masters in the history of India. He achieved a state of consciousness through which he could experience God in everything. He achieved God realization through a variety of pathways, not only within Hinduism but even through Christianity and Islam. He is therefore the single most dynamic God man of the world, proving the validity of a whole range of approaches to God. He is thus the prophet of pluralism, providing the only proof that God can be reached in a variety of different ways.

Sri Ramakrishna was immersed in spiritual experience since childhood. Just the mention or sight of something that reminded him of God could cause him to start experiencing ‘Sat, Chit, Ananda’ or existence, consciousness and bliss of God. One day while walking through some paddy fields, he looked up at a flock of white cranes flying by against the dark rain clouds. The sheer beauty of this vision caused the young Ramakrishna to become immediately submerged in God experience. 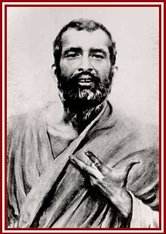 As he grew older, Sri Ramakrishna devoted himself to the worship of the Mother Goddess, Kali, with all his heart. He could see her day and night, so powerful was his spiritual experience. He was also able to see God as other Hindu deities such as Rama and Krishna and could even become submerged in the deepest form of meditation to experience God as everything: Brahman. Later on he also practiced Islam and Christianity and achieved the same spiritual enlightenment through these two major world religions. Swami Vivekananda, one of Sri Ramakrishna’s principle disciples brought the philosophical ideas of Hinduism to America and the Western world. The life and teachings of Sri Ramakrishna are profoundly relevant to the world of today, rife with religious extremism and hedonistic secularism.

“Sri Ramakrishna’s message was unique in being expressed in action…Religion is not just a matter for study, it is something that has to be experienced and to be lived, and this is the field in which Sri Ramakrishna manifested his uniqueness…His religions activity and experience were, in fact, comprehensive to a degree that had perhaps never before been attained by any other religious genious, in India or elsewhere”